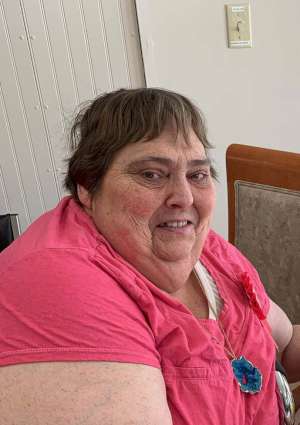 It is with great sadness that the family of Vera Smith announce her passing at Stratford General Hospital on Monday, December 28, 2020 at the age of 60. Dear mother and mother-in-law of Dana and James Truckle of Clinton, and Kim Smith and Dominic Lachance of Barrie. Dear grandmother of Halley, Tyler, and Dylan. Dear sister and sister-in-law of Nellie Van Diepen, Mary and Bill Mole, Andy and Karen Van Diepen, Anne and Norm Kennedy. Remembered by nieces and nephews Tammy, Mike; Julie, Barb; Ryan; David, Nicole and their families. Fondly remembered by the Smith family. Predeceased by her daughter Tannis Smith (1990) and her parents Sybilla (2002) and Arie (2013) Van Diepen, and nephew Robert Kennedy (1985).

Donations to the CMHA or the Heart and Stroke Foundation would be appreciated by the family.

Offer Condolence for the family of SMITH: Vera (Van Diepen) of Clinton