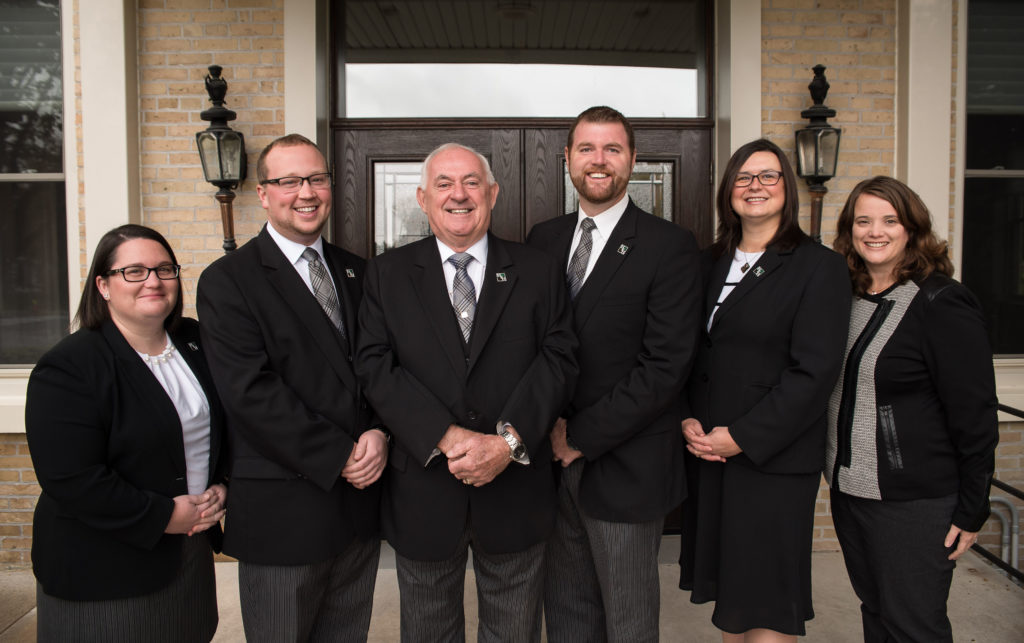 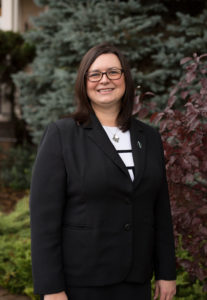 Jacqueline Darroch, a person who is impossible to give a title to. We could call her an office manager, head of administration, customer service representative but in reality, she does much more. Jacqueline comes into contact with almost every family we serve and leaves her special touch in everything she does. Originally from Lucan and now settled in Exeter, Jacqueline is also the Chair for the VON Palliative Care Advisory Board in Perth-Huron. 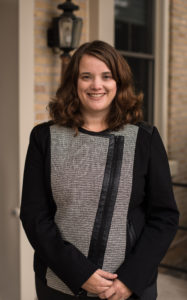 Jen Denys, is our Aftercare Specialist, a program she helped us launch in 2016.  Bringing her expertise as a facilitator and business professional, Jen is a compassionate, supportive and conscientious guide as she assists families with much of the paperwork during their time of need.  Jen is a Certified Funeral Celebrant, a Certified Professional Coach and is currently pursuing her Masters of Divinity.  Born and raised in Exeter, Jen now calls the town of Parkhill home with her husband and children.
Jen Denys
Aftercare Specialist
Certified Funeral Celebrant
aftercare@haskettfh.com 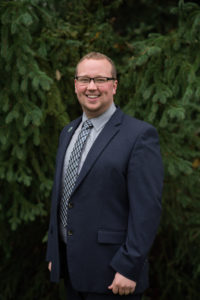 Wes Elmes, licensed in 2013, found his way to our team and filled a hole we didn’t know we had. Wes grew up on a farm outside of Kincardine, and moved to Toronto after high school to attend Funeral Services Education at Humber College. He brings a well rounded approach to what it is that we do. Deeply committed to the families he serves, he consistently goes the extra mile to ensure that each farewell is unique. In addition to his passion for funeral service, he is a Certified Funeral Celebrant and a Registered Practical Nurse. Wes is the current President of the W.O.F.S.A (Western Ontario Funeral Service Association).
Wes Elmes
Funeral Director
Certified Funeral Celebrant
wes@haskettfh.com 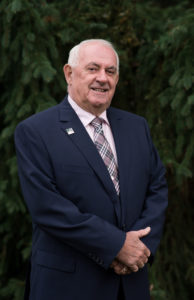 Bill Haskett, licensed in 1971, he is the fourth generation of his family to own the family business. Bill believes funeral service is about greeting someone at the door with a handshake and the comfort of a familiar face. He is a member and past president of Western Ontario Funeral Service Association. Bill also represented his profession for three consecutive three-year terms, as one of two funeral directors in the province serving as panel members for the License Appeals Tribunal. After raising his family above the funeral home in Lucan, he and his wife Sue moved just north of Grand Bend to the family cottage.
Bill Haskett
Vice President
Funeral Director
bill@haskettfh.com 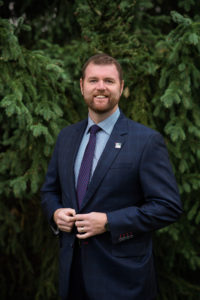 Colin Haskett, licensed in 2002, is the fifth generation of his family to choose a career in funeral service. His passion for funeral service has been a driving factor in his goal to become a Certified Funeral Celebrant, providing services for families in need. In recent years, fueled by a desire to learn, Colin has received his crematorium operators training, learned and performed the skill of on-site monument engraving and more recently expanded his knowledge of the internet with the co-creation of CanadaObits.ca. All of these experiences allow him to “talk the talk and walk the walk”, helping families every step of the way.
Colin Haskett
President
Funeral Director
Certified Funeral Celebrant
colin@haskettfh.com 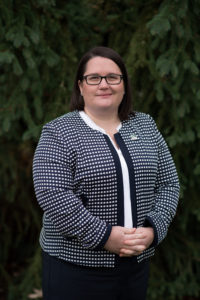 Allyson Squire, licensed in 2011 is an important part of our team. Working with us for well over a decade Allyson quickly learned that despite what she may have originally thought, there is no greater privilege then assisting a family during their time of need. We are grateful that Allyson found her way to funeral service, because without a doubt, she looks after the families she serves as if they were her own. Allyson is the Past President of the W.O.F.S.A (Western Ontario Funeral Service Association) and has also completed her training to become a Certified Funeral Celebrant.
Allyson Squire
Funeral Director
Certified Funeral Celebrant
allyson@haskettfh.com