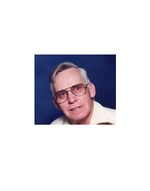 Peacefully, at South Huron Hospital, Exeter, H. Norman Mattson, of Hensall, passed away on Tuesday, July 26, 2011 in his 82nd year. Beloved husband of Anne Marie “Dolly” Hildebrant (2000). Dear father of Terry and Janice Mattson of Woodstock and Perry Mattson and Trudy Archer of Hensall. Loved by his 5 grandchildren, Heather, Katie, Christopher, Amanda and Andrew and his 6 great-grandchildren. Sadly missed by his sister Hilda (Bud) Huard, sister-in-law Jenny Hildebrant and his many nieces and nephews. Predeceased by his parents Constantine and Carrie (Powell) Mattson, one sister Helen (Doug) Cook, brothers Ken (Trudy), Jack (Elva) and Ted (Betty) Mattson and one brother-in-law Marty Hildebrant.

Memorial contributions may be made to the Heart & Stroke Foundation or the Lung Association.

Offer Condolence for the family of MATTSON: Norman