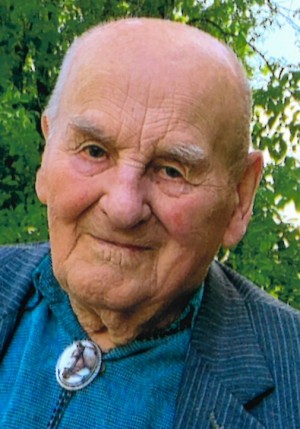 Suddenly at South Huron Hospital, Exeter, surrounded by his family, on Tuesday, February 18, 2020 of RR 2 Zurich at the age of 98. Beloved husband of the late Marjorie (Vivian) Beierling (1979). Cherished father of Wayne and Joan Beierling of Varna, Joyce and the late Don Kirk of Zurich, and Ruby and the late Robert Sebben of Stratford. Proud grandpa, great-grandpa and great great-grandpa Herb of many grandchildren. Dear brother and brother-in-law of Dorothy and Doug Stephen of Exeter, and Helma Beierling of Hensall. Predeceased by his son Gordon (1999), and brothers Norman, Lorne, and Elmer and sisters-in-law Betty and Gladys.

Herb was a dedicated volunteer within his community. Happily lending a hand with the Zurich Fair, Zurich Bean Festival, Bluewater Rest Home, and Zurich United Church. He was on the board with Hay Mutual Insurance Company. Herb was proud to have lived on his farm on the Goshen Line for over 73 years.

Visitation will be held at Haskett Funeral Home, 49 Goshen Street North, ZURICH on Sunday afternoon from 2 – 4 PM, where the funeral service will be held on Monday, February 24th at 11 AM. Interment Bluewater Bronson Line Public Cemetery, Zurich.

Donations to Heart and Stroke Foundation or the charity of your choice would be appreciated by the family.

Offer Condolence for the family of BEIERLING: Herbert Harold of RR 2 Zurich