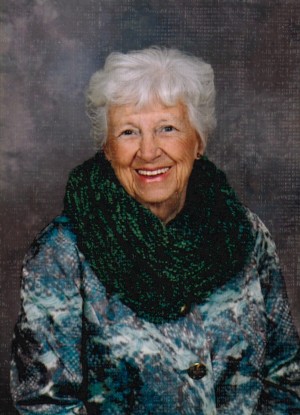 Peacefully at home in Grand Bend, with her husband and best friend Ted for over 61 years, by her side, on Monday, September 30, 2019, formerly of Brantford in her 85th year. Dear mother of Darryl and Cathie White of West Vancouver, and son-in-law Fred and Debbie Fitzgerald of Calgary. Also survived by grandchildren Laurel, Iaan, Brent, Meagan, and Aaron. She is so very proud of them, and all their accomplishments. Survived also by her nephew Gregory and Judy Williams of California, and many other nieces and nephews. Dear sister-in-law of Doreen and Ted Collett of Brantford, and Don and Pat White of London. Predeceased by daughter Kim (2000), son Todd (2014), and brother-in-law Jack White.

Dawn worked at many jobs and was extremely proud to have been the Executive Secretary to the Director of the School of Nursing in Brantford. Later, she worked in the financial department of Trailmobile, and retired in 1999 as a successful real estate agent. She was a past-president of the Lioness in Grand Bend and started the exercise group at Grand Cove Estates seven years ago, that still continues today. Dawn and Ted most recently enjoyed their time on Thursday afternoons with all the wonderful people playing Mexican Train at the Legion.

Needless to say there are so many people and organizations to thank for Dawn’s care over the years. Neighbour Wendy who spent many hours sipping tea with Dawn. Dr. Hsia and his staff at the Cancer Clinic in London, Cassie Parsons, RN with St. Elizabeth, the LHIN, all the PSW’s from ONECARE, scheduler Jessica, most recently Betty, Marilyn, Patrice and of course Judy, the entire staff at the Grand Bend Area Community Health Centre, particularly Janice Hayter-Oke, all the wonderful people at Pharmasave, Grand Bend, for their assistance and great advice over the years, and the caring staff and employees at the Royal Canadian Legion, Grand Bend, in particular Bob Chapdelaine.

In lieu of flowers, Dawn made it known a donation to the Royal Canadian Legion, Branch 498, Grand Bend directed to the POPPY FUND in her memory would be much appreciated.

Offer Condolence for the family of WHITE: Dawn E. (MacDonald) of Grand Bend, formerly of Brantford