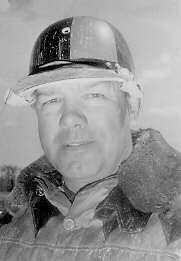 Peacefully at South Huron Hospital, Exeter on Wenesday, September 15, 2004 Victor T. Lutman of Huron Park in his 87th year. Beloved husband of the late Wilda (Rutledge) Lutman (1998). Dear father of Peter and Eleanor Lutman of Lock Sheldrake, N.Y. Dear grandfather of Peter and Sherry Lutman, great-grandfather of P.J. Lutman and his fiancee Megan Gilmour and James Shields, great-great-grandfather of Joshua Lutman all of Monticello, N.Y. Dear brother of Labelle Harness of Exeter. Also survived by several nieces and nephews. Predeceased by a son Glen Lutman (1990), a grandson David Lutman (2001), and  brother-in-law Harold Harness (2000). He belonged to the U.S.T.A. Association and the Canadian Association. Victor was selected man of the year at Monticello Raceway by the Harness Horsemen Association. He was a lifetime Horseman and raced in Canada and the United States at all race tracks. Friends may call at the Hopper Hockey Funeral Home, 370 William Street, 1 west of Main, Exeter on Friday evening 7-9 PM where the complete funeral service will be held on Saturday, September 18th at 11 AM with Mr. Bob Heywood officiating. Interment Brussels Cemetery. Donations to the Canadian Cancer Society would be appreciated by the family.

Offer Condolence for the family of Victor Thomas Lutman