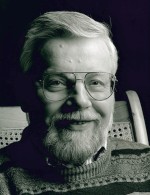 In April 1951, Gerry and his family immigrated from Heino, Netherlands (Gerry’s much-loved homeland) to begin a new life in Ontario, Canada.  At the age of 21, Gerry attended Briercrest College and Seminary in Caronport, Saskatchewan.  Upon graduating, Gerry served as executive director of the House of Friendship in Kitchener, Ontario for 17 years.  Then, as an ordained Mennonite minister, Gerry pastored Bethel Mennonite Church, Elora, Ontario and Stoner Heights Mennonite, Louisville, Ohio until his retirement.  Gerry will be remembered for his deep love for his family, strong Christian faith, creative photography, enthusiastic antique collecting, avid vegetable and flower gardening and his infectious laughter.

Many heartfelt thanks to all the staff at Hensall’s Queensway Nursing Home for their care and compassion over the past four years as Gerry battled medical issues.

Friends may call at the Haskett Funeral Home, 370 William Street, one west of Main, Exeter on Monday evening from 7-9 PM where the funeral service will be held on Tuesday, April 22 at 2 PM with Pastor Lester Kehl and Pastors Charleen and Kendall Jongejan Harder officiating. Interment Crediton Cemetery.

Donations to the House of Friendship (Kitchener), Mennonite Central Committee of Ontario or Queensway Nursing Home – Residents’ Fund would be appreciated by the family.

VANDEWORP: Gerrit (Gerry) of Exeter and formerly of the Netherlands

Offer Condolence for the family of VANDEWORP: Gerrit (Gerry) of Exeter and formerly of the Netherlands