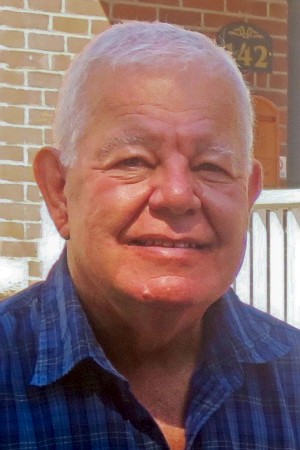 Conrad grew up on a farm outside of Thedford, Ontario. He enjoyed riding ponies that his grandfather raised, and carved toy guns so he could be a cowboy. His stories of his father growing peppermint and distilling it for the candy industry were always fun to hear. He attended a one-room school house and always praised the education he received there. After high school he graduated from St. Clair College and accepted a position at Atomic Energy, Chalk River where he collaboratively designed, developed and implemented techniques and equipment, that furthered our greater understanding of solid-state science. Conrad and Bonnie started a successful travel agency in Deep River and raised their 2 sons there to enjoy both the summers and winters on the Ottawa River.

He fulfilled his dream to become a private pilot and flew his family on holidays across Canada and into the United States. He was always conscious of his responsibility to ensure his family was safe, following the motto “when in doubt, don’t”.

He travelled to South America, the Caribbean, Europe, Russia, Great Britain, Ireland, and throughout the USA. He loved his trips in Canada the most, exploring the wilderness with his family and friends. He was proud of his sons, and beautiful daughters-in-law and his precious grandchildren and especially enjoyed his last trip abroad to Scotland for his son Douglas’ wedding.

Music was a huge part of Conrad’s life. At an early age he taught himself how to play guitar and enjoyed playing and singing with his sons who shared his love of music. He was a member of Caven Presbyterian Church and sang in their choir. He also sang in the community choir, played in the handbell choir and played percussion in the community band. Conrad also enjoyed volunteering for OneCare and Habitat for Humanity.

All knew his love of canoeing and he purchased his Grumman canoe in August of 1978. His many trips on the Ottawa River, Long Lake, and Stoney Lake and to the Barron River Canyon and Kilarney Park brought so much pleasure. Conrad and his son Russell competed in the Tour De Champlain Canoe race from Pembroke to Arnprior in 1985, a thrill for both of them. Cross country skiing, attaining an 8 Ender in curling, and sailing, boating and golf were all highlights for Conrad.

Cremation has taken place and a celebration of Conrad’s life will be held at the Royal Canadian Legion, R. E. Pooley Branch #167, 316 William Street, Exeter on Sunday, September 25th from 12 PM Noon until 3 PM with words of remembrance at 1:30 PM.

Donations to Habitat for Humanity, OneCare, South Huron Hospital Foundation, or the Ausable Bayfield Conservation Foundation would be appreciated by the family.

Offer Condolence for the family of SITTER: Conrad William of Exeter, formerly of Deep River