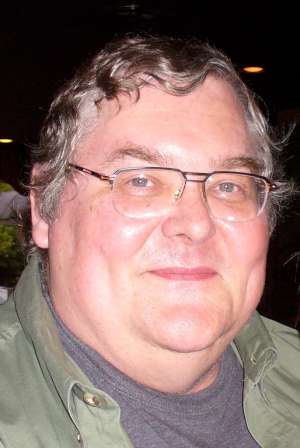 On the night of June 21, 2021, Larry “Lar” Douglas Ringer, formerly of Waterloo, Ontario, passed away peacefully in his sleep. Born on April 25, 1950 to Douglas and Ethel (Thrasher) Ringer, Larry grew up in Hutchinson, Kansas with his two sisters, Patricia Yamamoto (2004) and Janet Ringer (2016). He is survived by Patricia’s husband Toshio Yamamoto, nieces Jennifer Yamamoto (Domenico Serafino), Wendy Yamamoto-Chapman (Terry Chapman), and their children, Noah and Kyla Chapman, as well as a number of relatives and friends throughout Canada and the United States.

Larry attended the University of Kansas for Classical History, developing a lifelong fascination with the ancient past. Following his schooling he followed his siblings to Canada, finding work at the University of Toronto, Scarborough College as a Library Technician. A strong proponent of computers and technology, Larry was instrumental to Scarborough College Library implementing a digital catalogue and internet services, one of the first Canadian universities to have such a system. Outside of his work Larry enjoyed many hobbies. He continued with his research into ancient history, including recreating ancient battles through tabletop wargames, was deeply interested in science fiction and fantasy, and was a fan of baseball, especially his adopted home team; the Toronto Blue Jays. In his later years Larry was valued for his unique insight and perspective on life, especially by his great nephew Noah, who shares many of his interests and, inspired by Larry, has pursued an education in classical history and technology.

In keeping with Larry’s wishes, cremation has taken place. A private family celebration will take place at a later date.

Offer Condolence for the family of RINGER: Larry of Waterloo