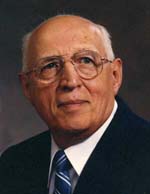 At London Health Sciences Centre, University Hospital, on Saturday, December 31, 2005 Peter Plantinga of Exeter in his 92nd year. Beloved husband of Jacoba Plantinga. Dear father of Peter and Rosemary Plantinga of Scarborough, Dick and Yvonne Plantinga of RR 1 Arva, John and April Plantinga of Three Oaks, Michigan, George and Judy Plantinga of Michigan City, Indiana, Henny and Doug Parker of Exeter and Renny and Donald Roach of Brampton. Also survived by 15 grandchildren and 14  great-grandchildren. Predeceased by 5 brothers and 4 sisters. Friends may call at the Hopper Hockey Funeral Home, 370 William Street, one west of Main, Exeter one hour prior to the funeral service which will be held on Tuesday, January 3rd  at 2:30 PM with Pastor Kevin Rutledge officiating.  Interment Exeter Cemetery.  Donations to the Heart and Stroke Foundation or the Emmanuel Baptist Church Building Fund would be appreciated by the family

Offer Condolence for the family of Peter Plantinga