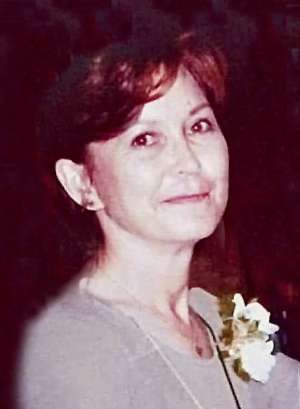 At Jessica’s House, Exeter on Thursday, December 16, 2021 in her 63rd year. After a courageous battle with cancer, Lori was welcomed in the arms of her father John Drury (1994) and her son Christopher Morgan (2017). Lori is survived by her husband John O’Rourke of 27 years and her sons Johnathan Morgan (Brandi) and Michael O’Rourke (Laura). She was a proud grandma of Ashley (Dennis), Mathew (Megan), Emily (Elliot), and Ally. Adored great grandma of Kaitlin, Jonathon, Addie, Brantley, Riley, and Christopher.

She will be greatly missed by her mother Helen Drury and her siblings Joreen Drury, Les and Joanne Drury, Bonnie and the late Craig Raney (2021), and Darlene and Bill Renning. Lori will be fondly remembered by her many aunts, uncles, cousins, nieces, and nephews as well as the O’Rourke and Morgan families. She will also be missed by her many friends and patrons to her salon in Lucan and her little pal “Chico”.

Cremation with a family interment at the Parkhill Cemetery at a later date.  Lori’s family would like to extend their gratitude to the staff and volunteers of Jessica’s House for their kind and compassionate care of Lori during her final days. If desired, memorial donations to Jessica’s House would be greatly appreciated by the family.

Offer Condolence for the family of O’ROURKE: Lori Ann of Lucan