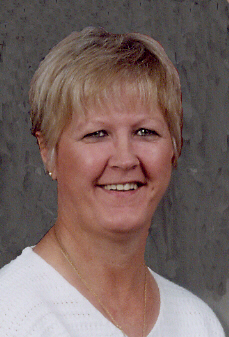 Suddenly at St. Joseph’s Health Centre, London on Sunday, November 2, 2003 Monica (Johnston) Keys of Exeter in her 47th year. Beloved wife of Allan Keys. Dear mother of Scott at home and Pamela and Jason Finkbeiner of London. Beloved daughter and daughter-in-law of Mary Johnston of Latchford, Ontario and Nora and Arnold Keys of Varna. Dear sister and sister-in-law of Anita and Wilfred Chretien and Roger and Lou Johnston of British Columbia, Melvin and Paulette Johnston of North Bay, Bernice and Garry Hermiston and Brenda and Roy Grant and Theresa Johnston all of Latchford, Steve and Linda Keys of Varna, Marj and Don Wise of RR3 Clinton and  Lawrence and Joann Keys of Connecticut, U.S.A. Predeceased by her father Louis Johnston and a brother Glen. Monica will be missed by many nieces and nephews and friends. Friends may call at the Hopper Hockey Funeral Home, 370 William Street, 1 west of Main, Exeter on Tuesday 2-4 and 7-9 PM where the funeral service will be held on Wednesday, November 5th at 11AM with Pastor Elly Van Bergen officiating. Interment Exeter Cemetery. Donations to the Heart & Stroke Foundation or the Canadian Cancer Society would be appreciated by the family.

Offer Condolence for the family of Monica Keys