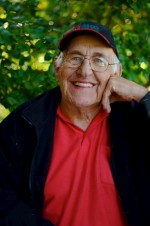 At South Huron Hospital, Exeter, on Tuesday, December 17, 2013 of Exeter and formerly of Hullett Township in his 80th year.  Beloved husband of Margaret (Robinson) Medd.  Dear father of Karen and Don Sears of London, Doug and Nicole Medd of Cornwall, David and Meta Medd of Bali, Indonesia, and Darlene Davidson of Kenora.  Dear grandfather of Scott; Patrick and Jack; and Matthew.  Dear brother and brother-in-law of Marj and Jim Hardy and Morris and Beckie Medd all of London, Pat and Jack Armstrong of Clinton, Leo and Sharon Medd of Seaforth, Denis Medd of Egmondville and Joe Williams of Vancouver.  Predeceased by his son Steven and sisters Anna Laudenbach and her husband Mike, Marilyn Williams and his parents Lloyd and Elizabeth Medd.

A Memorial Mass will be held at Precious Blood Church, 200 Sanders Street West, Exeter on Friday, December 20th at 11:30 AM with Father Len Desjardins presiding.  Cremation.

Donations to the South Huron Hospital Foundation or the charity of your choice would be appreciated by the family.

MEDD: William (Bill) of Exeter and formerly of Hullett Township

Offer Condolence for the family of MEDD: William (Bill) of Exeter and formerly of Hullett Township