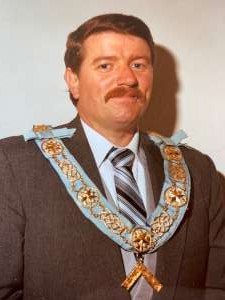 Glen Clarence Latour, in his 74th year, passed peacefully at home, surrounded by loved ones. He is now in the loving arms of his sisters and parents. Glen was born in 1947 to Ina (Owen) and Clarence Latour in London. He was raised in Exeter but being an army brat, lived in Trenton as a youth. Glen was an outdoor adventurer, aviation enthusiast, craftsman, woodworker, pilot, Aircraft Maintenance Engineer and jokester. He taught us an appreciation of music, nature and the outdoors and how “real” campers do it. We were very proud of Glen when he earned his pilot & AME licence, and even prouder when he took on a business, which he successfully owned and operated for 10 years before his retirement.

Glen knew he had met the love of his life, Barb in 1969. They were happily married for 51 years. Glen was a loving, supportive and proud father to his three children Tony (Shannon Snell) Latour, David (Mary Pounder) Latour, and Nicole (Tim) Anderson. Glen was an adoring grandfather and great grandfather to his many beautiful granddaughters; Jessica (Daniel Lane) Pounder-Dunbar and Emily (Lalo) Hernandez, Dana and Faye Latour, Claire Anderson, Phoebe and Celeste Lane. Glen is survived by his sister, Ladeena (Gerald) Volland, and his brother Gerry (Mary Lou Core) Latour, his brother-in-law Roy Vodden and his many beloved nieces and nephews. He is predeceased by his sisters, Sandra Asen and Lorraine Heywood.

Glen and Barb spent many of their retirement years travelling, gardening and taking care of their beloved dogs, Maggie and Keanu. He will be greatly missed by all of his family and friends and anyone who had the privilege to know Glen would call him a true and loyal friend.

Keeping with Glen wishes, cremation has taken place. A celebration of Glen’s life will be held at a later date. Arrangements entrusted to Haskett Funeral Home, Zurich (519-236-4365).

Offer Condolence for the family of LATOUR: Glen Clarence of RR 2 Zurich