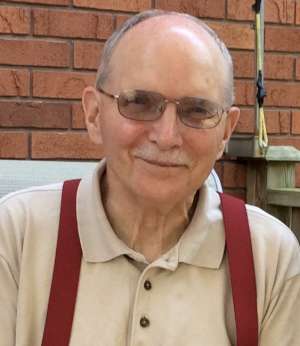 Passed peacefully at the Huron Hospice with his family by his side on April 24, 2021 at the age of 68. Cherished brother of George (Kim) of Bayfield, Paul (Cheryl) of Bayfield, Tim (Jill) of Stratford, and Heather McMichael (Brian) of Stratford. Brother-in-law of Sheila Moore of Wingham, and Janice Woods of Calgary. Loved uncle of Steve, Jim, Mike, Andrew, Bryce, Kyle, Carson, Brendon, Kris, Deric, Tony, Erin, Adam, Nathan, Justin, and Danielle. Predeceased by brothers Dick, Gene, and Roy and parents George and Jean (Dungey) Kruse (1987).

Laurie was a skilled tradesman (automotive technician) who could diagnose and repair anything. He started his career at Rowcliffe Motors in Seaforth and ended his working days at Exeter Chrysler. Laurie approached his many health issues as he did his work “Just another thing to be fixed”. He resided at the Kruse family home built by his grandfather Richard in 1919. Laurie enjoyed golfing, fishing, playing hockey “goaltender”, snowmobiling, and above all riding his motorcycle. Laurie especially enjoyed a good story and reminiscing about “old times”.

A special thanks to the staff at Huron Hospice for their exceptional support during his stay. Laurie was treated with the utmost care and respect. Whether it was planting seeds for the garden, walking the lane, sitting in the sunshine, or talking to the staff. He enjoyed every minute of his final days. Another thanks to Laurie’s neighbours for their support over the years.

Cremation has taken place. Due to COVID-19 restrictions a graveside service will be held at a later date at Maitland Bank Cemetery, Seaforth. Arrangements entrusted to Haskett Funeral Home, SEAFORTH. (519-527-1390).

Donations in memory of Laurie to the Huron Hospice or charity of your choice would be appreciated by the family. Laurie also wished to have everyone consider organ donation as he was a fortunate recipient.

Offer Condolence for the family of KRUSE: Laurie Dean of Egmondville