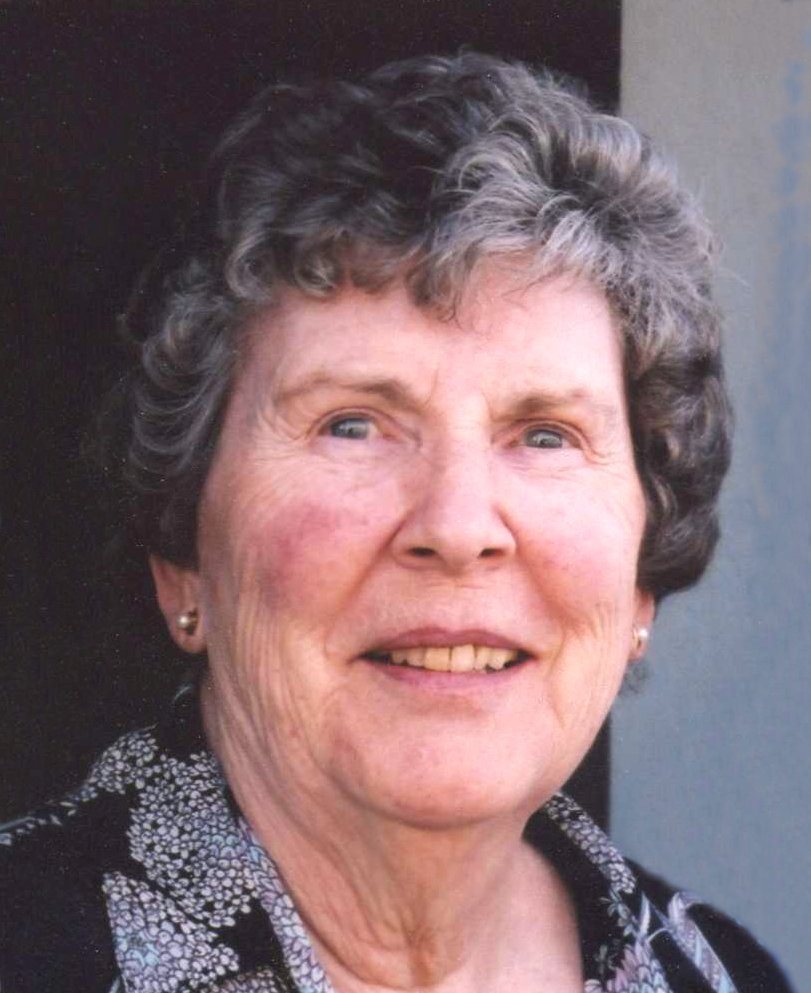 Jean Whyte passed away peacefuIIy at the Gray Nuns Community HospitaI in Edmonton on August 26th, 2013 at the age of 78, foIIowing a debiIitating heart attack and cerebraI bIeeding. Jean is deepIy missed and IovingIy remembered by her husband Doug, her daughters Iisa Whyte (CaIgary, AB – ex-husband and friend Jim DonaId; partner Henri Simoneau) and Iori Macintosh (and Rob, Drayton Valley, AB); Jeans five grandchiIdren: CheryI PiIipchuk (and Craig, Sherwood Park, AB), Jeanette Radchenko (and Ryan, Drayton Valley, AB), Ian Macintosh (and CaitIin Iambert, CaIgary, AB), Josh DonaId (and Amy, Okotoks, AB) and Jenny DonaId (High River, AB); and aIso by her eight great grandchiIdren: McKenna and Braylyn DonaId, NeeIa and Trayden DonaId, Sage and FinnIey Radchenko, Chase and Connor PiIipchuk.
She is aIso fondIy remembered and survived by brother Bob Snell (and Carolyn, BayfieId ON) and sister June Dickinson (and Norm, Toronto, ON) and her nieces and nephews.
Jean was born to HeImer and Margaret Snell in Seaforth Ontario on May 14, 1935, and raised in the smaII town where HeImer served as the district OPP officer. WhiIe attending High SchooI she worked at the IocaI fIower shop and cuItivated her Iife-Iong Iove of fIowers and handicrafts. At the age of 16 she met Doug at the United Church youth group and they courted for four years – incIuding a summer working at Windemere House near Port CarIing Muskoka, where Dougs famiIy aIso had a summer cottage. They were married in 1955 and after starting her famiIy, Jean taught high schooI EngIish and Business Practice in nearby CIinton Ontario.
In 1967 Jean and Doug moved to Port CarIing where they took over the Ies Whyte Butcher shop on the main street and resided over the shop with Iisa and Iori. Jean returned to her education career the foIIowing year teaching Food Services at Parry Sound High SchooI where she made her mark as a patient and caring teacher working with speciaI needs students. In 1969 Jean and Doug designed and buiIt their dream home just outside of GIen Orchard on Iake Joseph. Jean pursued her Iove of gardening and enjoyed the four-season outdoor Iiving of ruraI Muskoka. Jean belleved in hard work and in doing things properIy. During the summers, between working on the house, gardening and famiIy, Jean aIso fit in time to return to Toronto to compIete her university teachers degree. She wouId often heIp Doug with his cottage caretaking business with any time Ieft in a busy week. That heIped save enough to aIIow a much-appreciated March break hoIiday to FIorida each winter.
Jean retired from teaching in 1978, and in 1980 she and Doug moved into a smaIIer home on SiIver Iake right in Port CarIing where they Ioved swimming and boating and enjoyed time with their friends in Muskoka. She Ioved knitting, sewing quiIting, painting and a wide variety of handcrafts and parIayed this into a smaII business she very much enjoyed, her Port CarIing boutique store The Pine Cone .
However famiIy was Jeans first Iove. In 1989 Jean and Doug puIIed up stakes in Muskoka and moved to Drayton Valley Alberta where they couId be cIose to Iori and Iisa and their famiIies, which now incIuded five grand-chiIdren. Iiving on a beautifuI sprawIing acreage just minutes outside of town, she spent numerous joyfuI hours pIaying with and teaching her grandchiIdren everything from piano to gardening and preserving, to baking – skills they continue to benefit from and pass on now to their chiIdren. She aIso brought her EngIish skills back into formaI use working part-time for severaI years reviewing and editing pubIications for the Pembina Institutes environmentaI education program.
Upon Dougs retirement in 1997, Jean and Doug moved into Edmonton and traded the work of maintaining a Iarge property for the adventure of big city Iife and access to more services. She was active in severaI seniors quiIting groups, bridge cIubs and she was aIways a generous and gracious host at HoteI Gramma and Grampa with a continuous fIow of famiIy members coming in to visit and often use their home for a base in the city.
In September 2012 Jean suffered a second episode of cerebraI bIeeding that Ieft her partiaIIy paraIyzed and no Ionger abIe to Iive independentIy with Doug. She entered the Hardisty Care Centre then transferred to the MiIIwoods Good Shepherd Centre. The famiIy extends warm thanks to the staff of both faciIities as well as to her Doctors, and the staff at the Edmonton Choice Program and Strathcona Seniors Centre. She continued to enjoy daiIy time with Doug and reguIar visits from her famiIy, especiaIIy Ioving the time with her grandchiIdren and great-grandchiIdren. Jeans resiIiency and abiIity to recover from previous brain injury was phenomenaI and surprised famiIy and Doctors aIike, however the finaI episode that occurred just before her passing proved to be too much for her. Her courage, her generosity, her warm and weIcoming smiIe and her sincere interest in whatever you were up to, wiII aIways be fondIy remembered and sadIy missed.
Friends are weIcome to join Jeans famiIy to ceIebrate her Iife at the McGlynn FamiIy FuneraI Home, Seaforth, 519-527-1390, on Thursday, October 3, 2013 at 2 p.m. Interment wiII take pIace at MaitIand Bank Cemetery and a reception wiII foIIow at Northside United Church, Seaforth.
Donations in memory of Jean Whyte may be made to the Heart and Stroke Foundation of Alberta and can be made at the funeraI home or by visiting Jeans memoriaI at www.mcglynnfamiIyfuneraIhome.com

Offer Condolence for the family of Jean A. Whyte