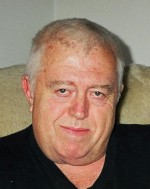 It is with great sadness and heavy hearts we announce the passing of our beloved husband, father and grandfather, Beverly Lloyd Harris (Bev) of Houston, BC.  Bev succumbed to illness in the early hours of Sunday, October 25, 2015 at BV District Hospital in Smithers, BC at the age of 78.  He was born and raised in Southwestern Ontario where he met and married the love of his life.  After their children were born, he moved the family to BC where he lived and worked until his death.  Bev was predeceased by his parents Percy Lloyd and Rosa Mae (Dearing) Harris, brothers-in-law Aart VanderWiel (Carol), and Gerard VanderWiel (Gayle), sister-in-law Anne Jorgensen (Kai), and nephew Michael Noakes.  He is survived by his loving wife Pauline (VanderWiel) Harris, daughters Angela DesChamps (Michael), and Alice Harris, his grandsons Kody DesChamps and Kole DesChamps, his sister Patricia Noakes (William) of Hensall, ON, brothers-in-law Henry VanderWiel (Elsie), Morris VanderWiel (Sharon), and Rock VanderWiel (Brenda), sisters-in-law Pam Walper (Ron), and Alice Hidber (Joe), and many nieces and nephews.   He also leaves behind many extended family and friends.

Family and friends are invited to attend a graveside service at the Exeter Cemetery on Saturday, October 31st at 11 AM with Bob Heywood officiating.  (Please enter through Gate #3, West gate off of Highway 83/Dashwood Road).

In lieu of flowers, donations can be made in Bev’s name to the Heart & Stroke Foundation.

He will be loved and missed forever!

Offer Condolence for the family of HARRIS: Beverly (Bev) Lloyd of Houston, BC, formerly of SW Ontario