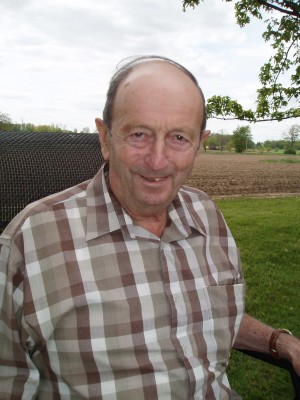 Peacefully at his late residence, in Exeter on Friday, December 30, 2016, formerly of Lucan, in his 88th year. Dear husband of the late Ann Jones (2013) and the late Joan Hodgins (1974). Dear father of Janet and Shawn O’Brien of Lucan, and Carol and Pete Dimmers of Ingersoll. Dear Grandfather of Jaclyn and Jocelyn; Greg, Jason and fiancée Amy, Matthew and Chris. Dear brother and brother-in-law of Verlyn and Arnold Lindenfield, Gerald and Marg Gilmour, and Patricia Romphf all of Exeter, Ab and Alice Gilmour and Liz and Alan Scott all of Lucan. Predeceased by his brother-in-law Neil Romphf.

Offer Condolence for the family of GILMOUR: Jack of Exeter, formerly Lucan