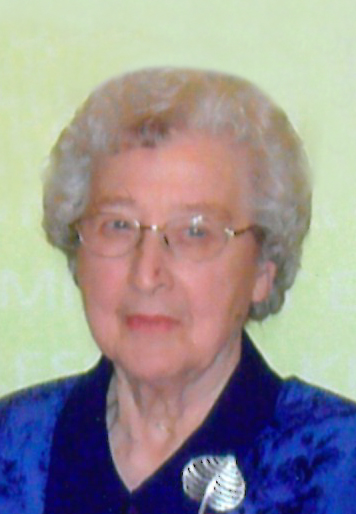 Peacefully at Jessica’s House, Exeter on Wednesday, August 28, 2019 of Exeter and formerly of Usborne Township in her 96th year.  Beloved daughter of the late William and Minnie (Hall) Elford.  Dear sister and sister-in-law of Anne and Don Bray of Exeter.  Missed by nieces and nephews Ava and Jim Murray, Michael and Cindy Elford, Robert and Kathy Bray, Janet and Bob Hulley and Ruth and Jim Dunlop.  Also survived by 14 great-nieces and nephews and several great-great-nieces and nephews.  Predeceased by brothers Wilmer (1930), Lorne (2000) and his wife Dorothy (Hooper) (2005), and Ronald (2008).

Visitation will be held at Haskett Funeral Home, 370 William Street, EXETER on Friday from 4-6:30 PM.  The funeral service will be held in the funeral home on Saturday, August 31st  at 11 AM. Interment Exeter Cemetery.

Donations to Jessica’s House or the Thames Road Elimville United Church would be appreciated by the family.

Offer Condolence for the family of ELFORD: Doris of Exeter and formerly of Usborne Township