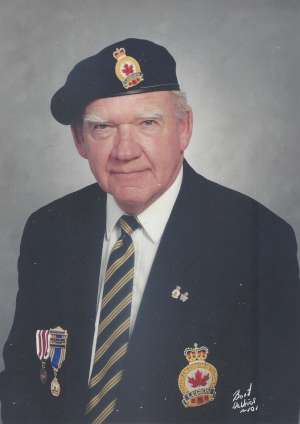 Proud father of Michael and Kim Dougherty of Toronto, and Shannon Dougherty and Vic Cangiano of London. Cherished grandfather of Madeline and Bridget Dougherty of Toronto. Best friend of Bart (Ann) Devries of Exeter. Dear brother of Harry and Barb Dougherty of Exeter, Helen Anthony of Brighton, and Jane and Ted Kibby of Oshawa. Dear brother-in-law of Honey and Bob MacFarland of Halifax, Glenn and Pauline Ward, Anne Marie and Elwyn Tower, Bruce and Kathy Ward, Deanne Ward all of Sackville, NB, and Raymond Duncan of Moncton, NB. Special uncle and great uncle to Paul and Patty Dougherty of Exeter and Nathan Dougherty of Grand Bend. He will be missed by many nieces and nephews and their families as well as the Plant family, Rick Smith of Exeter and Casey Zeehuisen of Exeter. Forever remembered by MaryBeth Jantzi of Stratford, Donald Davies of Huron Park and Adrienne (Davies) Depotie of Woodstock.

Bill was born in Toronto in 1933 to his father John, a pharmacist and his mother Beatrice, a homemaker.  Throughout his youth he moved with his parents and siblings to Tillsonburg, Wiarton and Lion’s Head.  His father joined the RCAF in 1940 and the family moved to Hagersville, Selkirk, Ottawa and finally to RCAF Centralia in 1951.  Bill joined the RCAF in 1954.  He met and married June in 1957 and together they raised their two children while being stationed at RCAF Centralia, Radar Station Mont Apica, QC and CFB Bagotville, QC.  Bill left the service after 10 years and the family settled in Leamington where he worked as a driver examiner for the Ministry of Transportation. In 1967 the family relocated to Exeter where Bill worked in water and sewage treatment for Ministry of the Environment in Grand Bend, Clinton and Huron Park until his retirement in 1993 at age 60. Bill and June purchased his mother’s home on Gidley Street in Exeter in 1970 where he resided with June until her death in 2009.  He remained in his home until 2019, at which time he moved to the Exeter Villa Retirement Home.  Bill was an avid outdoorsman with a love of fishing and hunting.  He was a life time member of the Royal Canadian Legion, Branch 167 and was instrumental in the refurbishment of the cenotaph at former RCAF Station Centralia.

Keeping with Bill’s wishes, cremation has taken place. A private family graveside service was held at the Exeter Cemetery on Saturday, August 14, 2021 at 11 AM.

In lieu of flowers, donations to The Poppy Fund through the Exeter Legion, Canadian Wildlife Federation, the Ontario SPCA and Humane Society – Huron County or the South Huron Hospital Foundation would be appreciated by the family.

Offer Condolence for the family of DOUGHERTY: William “Bill” Start of Exeter *UPDATED*