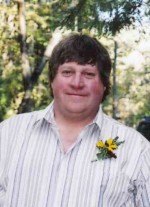 At LHSC-Victoria Hospital, London on Sunday, November 13th, 2011 of Exeter in his 54th year. Beloved husband of Pauline (Masnica) Passmore. Dear brother and brother-in-law of David and Sharon Passmore, Darlene and Bill Hooper and Barb and Dennis Rau all of Exeter; Ed and Stacey Masnica of Cumberland Beach, Connie and Kevin Elliott of Lucan, Patty Masnica and Klaus Jeromkin of Exeter, Rodney and Jill Masnica of Sebright. Dear son-in-law of Don and Joyce Masnica of Sebright. Step-father of Jamie Johns and Holly Vanier of Sebright. Dear uncle of many nieces, nephews, one great-niece and great-nephews. Also missed by many aunts, uncles and cousins. Predeceased by his brother Dennis Passmore (1983), his parents Myrtle (Haist) Passmore-Pengelly (2011) and Almer Passmore (1968) and his step-father Gordon Pengelly (2009).

Dale worked at Parrish and Heimbecker, Centralia Branch for over 30 years.

Friends may call at the Haskett Funeral Home, 370 William Street, (one street west of Main), Exeter on Tuesday evening 7-9 PM and Wednesday 2-4 and 7-9 PM. The funeral service will be held at Exeter United Church, 42 James Street, Exeter on Thursday, November 17th at 2 PM with Bob Heywood officiating. Interment Exeter Cemetery.

Donations to the Children’s Wish Foundation would be appreciated by the family. (If you will not be into the funeral home area and are mailing a donation directly to the charity, the mailing address is: 725 Westney Road South, Unit 7, Ajax, ON L1S 7J7. Please fill out the donation form so the family can be notified of your donation).

Offer Condolence for the family of Dale (Tiny) Michael Passmore