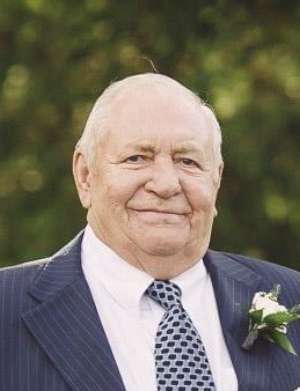 Passed away at South Bruce Grey Health Centre – Kincardine, on Tuesday, June 30, 2020 of Kincardine, formerly of Seaforth in his 84th year. Jack leaves behind his wife Helen (McIlwain) Crozier of 59 years. Cherished father of Brian and Shelley Crozier of Huntsville, Paul Crozier of Chapel Hill, North Carolina, Kevin and Assumpta Crozier of Inverhuron, and Lori and Mike Wells of Kingston. Loving grandpa of Shawn and Bailey, Tahne, Abby, Christopher and Nadine, Livia, Tova, Joshua, Jessie, Jayden, Jacob, and Joey. Dear brother and brother-in-law of Ruth and Larry Husmann of Port Isabel, Texas, and Neil and Linda Crozier of St. Thomas. Predeceased by his brother Donald Crozier.

Jack was born on November 8, 1936 in Seaforth. He was the eldest son of Andrew and Anona Crozier. Following his school years in Seaforth, he attended the University of Guelph. After University, Jack married Helen McIlwain of Kinburn in June of 1961. Jack worked in the financial industry, construction management, by law enforcement and real estate. He was a volunteer fireman for Seaforth, Listowel, and Kincardine. Jack served as a Kinsmen in Listowel for many years. He was the president of the club when they constructed the outdoor pool. In 1971 Jack and his family relocated to Kincardine. Jack was a huge fan of hockey as a player, referee, volunteer and coach. He played Junior, University, Intermediate and Oldtimers. He loved the game. Jack loved to garden, barbecue, the beach and having family and friends drop in. He also loved to fish in all kinds of weather.

Keeping with Jack’s wishes, cremation has taken place, and there will be a private family interment at Maitlandbank Cemetery, Seaforth at a later date. Arrangements entrusted to Haskett Funeral Home, Seaforth (519-527-1390).

In lieu of flowers, donations to your local minor hockey organization would be appreciated by the family.

Offer Condolence for the family of CROZIER: John “Jack” Douglas of Kincardine, formerly of Seaforth