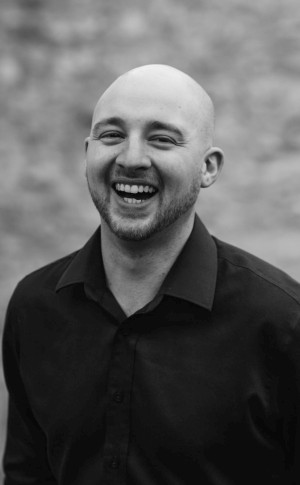 A Husband, father, son, brother, teammate, friend. Tyler Cooper was a lot of things to a lot of people. Most of us will picture him with a ball cap and big warm smile, and with his hand on the ass of the love of his life, Nicole. Tyler was in an accident on Friday, January 10, 2020 and suffered a catastrophic brain injury. After a long and brave fight and a steady stream of supporters, it is with deep sadness that we share his passing. At the age of 26, Tyler left the party the same way he always lived it – surrounded by loved ones, beer, and watching the Colorado Avalanche play. In keeping with his wishes, Tyler will live on through organ donation. His gift will save up to 8 lives and enhance the lives of up to 75 others through tissue donation. Organ donation is a gift to all; whoever receives Tyler’s heart will have something truly extraordinary.

Tyler leaves behind a legacy of love in his friends and his family, his wife and soul mate Nicole (Kroonen), his son Jack, parents Brian and Tracey (Baer), brothers Ryan (Meagan), and Dylan (Nicole), nieces Charlee, and Olivia, grandparents Doug and Carole Cooper, Kay and late Frank Baer. Tyler will be dearly missed by the Louwagie and Kroonen families; Mary Rose Louwagie Kroonen, John Kroonen (June Zettel), Mark, Matthew (Courtney) and their son Lucas, Michelle (Julian), and Stephanie (Brian) and grandparents-in-law Joe Louwagie and the late Alice, and the late Leo and Leny Kroonen.

Visitation will be held at the Hensall Arena, 157 Oxford Street, West, Hensall on Monday from 1 – 3 and 6 – 9 PM, where the funeral service and a celebration of Tyler’s life will be held on Tuesday, January 21st at 11 AM. Private family interment Exeter Cemetery. Arrangements entrusted to Haskett Funeral Home, Exeter (519-235-1220).

In lieu of flowers, donations to a Trust Fund for Jack – cheque’s made payable to Nicole Cooper, or the charity of your choice would be appreciated by the family.

At six weeks old, we want Jack to know and appreciate the kind, warm, funny, good-natured, grounded, genuine and all around amazing man Ty was. We ask that anyone with photos, videos, stories and other mementos of Tyler, to please send them to tcoop.legacy@gmail.com. We offer our condolences to all who are touched by Tyler’s passing, and know his love will continue to bring us together as it did in his life.

Offer Condolence for the family of COOPER: Tyler Wesley of Lucan, formerly of Hensall