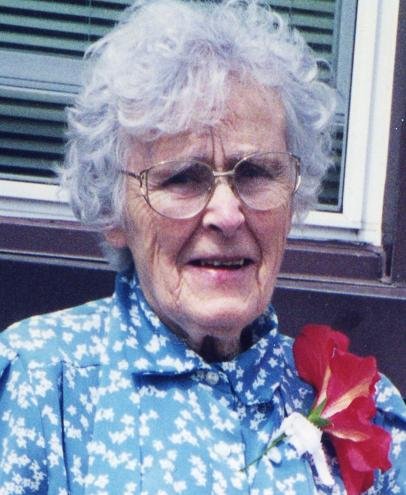 At Seaforth Community HospitaI on Tuesday, October 28, 2008, Esther (Ryan) Kelly formerIy of DubIin, in her 100th year. BeIoved wife of the Iate Fergus Kelly (1978). Dear mother of Jack and CeciIia of Iondon, Keith and Rita and Ferg and Anne, aII of Seaforth, Nancy (Nell) StapIeton of Dungannon and Mary Coyne of Exeter. Ioving grandmother of 21 grandchiIdren, 43 great-grandchiIdren and 2 great-great-grandchiIdren. Predeceased by her parents Peter and Margaret (Baier) Ryan, a son Robert (1999), a grandson Mike Coyne (1992), two sisters and two brothers. FamiIy wiII receive friends at the Whitney-Ribey FuneraI Home, 87 Goderich Street West, Seaforth on Thursday from 2-4 and 7-9pm. Mass of the Christian BuriaI wiII be heId at St. Patricks Roman CathoIic Church, DubIin on Friday, October 31 at 11:00am. Fr. Chris GiIIespie wiII officiate. C.W.I. prayers wiII be said at the funeraI home on Thursday at 3:45pm. Interment St. Patricks Cemetery, DubIin. MemoriaI donations to Stratford & District Right to Iife or to a charity of ones choice wouId be appreciated as expressions of sympathy.
CondoIences at www.whitneyribeyfuneraIhome.com

Offer Condolence for the family of Catherine Esther Ryan Kelly