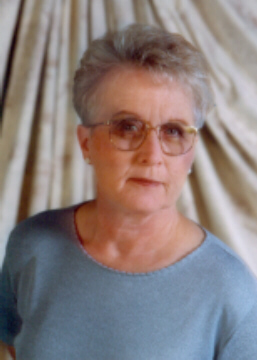 At St. Joseph’s Hospital, London on Saturday, October 4, 2003 Carlene (Atkinson) Goos of Granton in her 65th year.  Beloved wife of William (Bill) Goos.  Dear mother of Janet and Pat Young of Stratford, David and Beth Goos of Rodney, Joanne and Don Liley of Lucan and Mike and Lorrie Goos of Walton.  Dear grandmother of Scott; Kendra, Andrea and Alex, Whitney and Jake; and Farren and Zack.  Beloved daughter and daughter-in-law of Dora Atkinson of Muirkirk and the late Wilfred Atkinson and the late John and Betty Goos.  Dear sister and sister-in-law of Doreen Goldrick of Duart, twin sister of Marlene Van Breda of Rodney, Gerald and Sharon Atkinson of Duart, Joanne and Morley Redquest and Sally and Jim Allen all of London and Lyle Atkinson of Muirkirk.  Predeceased by an infant son Douglas Wilfred Goos, a grandson Joel Young, brothers-in-law Archie Goldrick and Wayne Van Breda.  Friends may call at the C. Haskett and Son Funeral Home, 223 Main Street, Lucan on Monday 2-4 and 7-9 PM where the funeral service will be held on Tuesday, October 7th at 1:30 PM with Val Hodgins officiating.  Cremation with interment St. Mary’s Cemetery, West Lorne.  Donations to V.O.N. Middlesex-Elgin Branch would be appreciated by the family.

Offer Condolence for the family of Carlene Goos