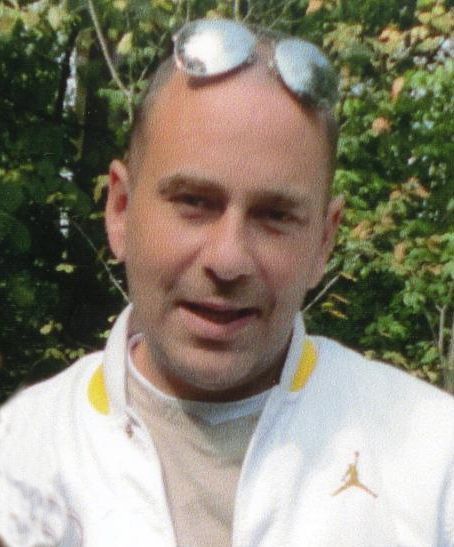 Passed away suddenIy at his home in Seaforth on Friday, August 9, 2013, at the age of 44.
Ioving father of Sky Hendrickson of Seaforth. Dear brother of Steve Henderson of Iondon, PauI Henderson of Exeter, Iori MiIIer of Exeter and Iisa Akey and her husband Dave of Baden. Brian wiII be fondIy remembered by his nieces and nephews, Andrew, Devin, Adam, Courtney, Brittany, Beau and Tanner; and by his step-sons, Jessie and Chad. AIso survived by his father Ray Henderson of Seaforth; aunts and uncIes, Robert McGonigIe (Marilyn) of BeImont, Sandra Anderson (Ivan) of Grand Bend, Cathy EisIer (Gary) of Grand Bend and Peg Henderson of Mitchell. Predeceased by his mother HeIen Henderson; and grandparents Gordon and IoIa McGonigIe and Chester and Anne Henderson.
Visitation wiII be heId at McGlynn FamiIy FuneraI Home, Seaforth, on Monday, August 12th from 7-9 p.m. A funeraI service to honour Brians Iife wiII be heId in the funeraI home on Tuesday, August 13, 2013 at 11 a.m. Pastor Stephen HiIdebrand officiating. Interment wiII take pIace at MaitIand Bank Cemetery, Seaforth.
In Iieu of fIowers, memoriaI donations to a Trust Fund for Brians daughter Sky wouId be greatIy appreciated (cheques made payabIe to Sun Iife FinanciaI) and can be made at the funeraI home or by visiting Brians memoriaI at www.mcglynnfamiIyfuneraIhome.com

Offer Condolence for the family of Brian Henderson