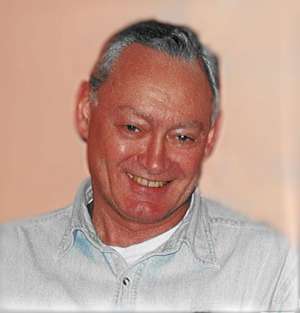 William (Bill) J. Scott passed away after a short courageous battle with cancer, surrounded by family early morning May 22, 2020 at the Huron Hospice in his 82nd year, 10 days before his birthday, June 1. Bill was born June 1, 1938, at Scott Memorial Hospital in Seaforth, first child of Grace Agnes (Forrest) Scott and James Muldrew Scott.

Bill had an early love of airplanes as a child sparked by the emergency crash landing of an RCAF plane on the family farm during a winter in the 1940s. He made countless model airplanes as a youngster. Combining that passion with his love of math and science, he studied engineering at the University of Toronto, where he met his future wife and nursing student, Muriel Gwyneth (Gwen) Glen.

Bill and Gwen were married on September 17, 1960 while Bill was pursuing his Master’s in Aeronautical Engineering. They moved to Ottawa where Bill worked for the National Research Council (NRC) in their aircraft division. Their first son Jim was born in April 1963, David followed in June 1965 and Bruce in September of 1967.  The cancellation of the Avro Arrow cast a dark shadow on the future of aviation and aerospace industry in Canada in the 1960s. Choices for employment were scarce for aeronautical engineers, unless you were willing to move to the USA in an overcrowded job market with NASA emerging. Around this time, Bill was approached by his father, James M. (aka “Chicken Jimmy”), to return to the growing family farm, which was named host farm (along with the Eckert’s) for the 1966 International Plowing Match (IPM).

Bill and Gwen moved their young family back to Bill’s hometown of Seaforth in the summer of 1965. Bill took over the family business and helped modernize the poultry operation which included layer barns, a brooder barn, breeder barn and modern hatchery.

Even though the 1966 plowing match was known as the “Mud Match,” it left lasting stories and rubber boots plowed up for years in the designated fields. A requirement of hosting the IPM was the construction of an air strip. This rekindled Bill’s passion for flying. In the 1970s, Bill purchased a Beechcraft Musketeer which he enjoyed flying for years and taking his boys to “fly-ins” around the province. His longest trip was to PEI in the summer of 1975. Bill also earned his gliding licence.

Bill became an active member of the Ontario Egg Marketing Board and eventually became the chairman in the 1980s. He was also on the executive of the Canadian Egg Marketing Agency. During his tenure, the successful “Get Crackin'” marketing campaign was launched and lasted for years.

Bill Scott has been a very active member of the Seaforth Lions Club for 35 years.  Bill has held the positions of club Treasurer, Secretary, Vice-President and President multiple times.  He has been a keen activist in many of Lions’ projects, including the Santa Claus Parade and the Lions Park and Pool.

Bill is one of the driving forces behind the Lions TV Auction and Elimination Draw, which is entering its 50th consecutive year. Bill has been a member of the Seaforth Community Hospital Local Advisory Council for 14 years.  For 12 years, Bill has been on the Seaforth Community Hospital Foundation.  He has also served for many years as Regional Representative on the Huron-Perth Healthcare Alliance Board of Directors.

In addition, Bill Scott owned and operated a small manufacturing business, Axis Air, supplying the agricultural sector with ventilation systems.  He has provided employment to many people over the years in Huron and Perth Counties.

Unknown to many was the fact that Bill Scott was to receive the Lion’s Club second highest honour, the “President’s Award”, before COVID scuttled the awards presentation. He won for the district and would have been honoured in a ceremony in Walkerton in April.

Bill was honoured with a Community Award a few years ago for his years of volunteering and contributions to Seaforth and Huron East.

A quiet man, who always loved a project, Bill has built wood-strip canoes, kayaks, a sailboat and even a trimaran and a hovercraft over the years that kept his family and grandkids entertained. He was an active member of the Goderich Power & Sail Squadron and was qualified to administer tests for new sailors.

Bill is survived by his wife of 59 years, Gwen, and his three sons: Jim (Jill) of Owen Sound, Dave (Becky) of Goderich, and Bruce (Susan) of Edmonton; and six grandchildren: Grace (Scott) of Hamilton, Jake of Owen Sound, Zach (Jen) of Cornwall, Luke (Edmonton), Thomas (London), and Sophie (Edmonton). He is also survived by his brother John (Seaforth), sister Mary (Wayne) of London and sisters-in-law Cathy Collard and Eleanor Cook.

Arrangements are entrusted to Haskett Funeral Home, 87 Goderich Street West, Seaforth. Honouring Bill’s wishes, cremation has taken place.  Memorial donations in Bill’s name can be made to the Seaforth Community Hospital Foundation or Seaforth & District Lion’s Club. A celebration of Bill’s life will be held at a later date when hugs, handshakes and expressions of love can be shared safely once again.

Offer Condolence for the family of SCOTT: William (Bill) of Seaforth