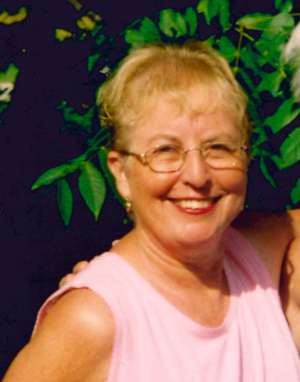 Muriel Gwynneth Scott passed away peacefully on May 29, 2021 at the Huron Hospice. After being hospitalized for more than two months at Seaforth and Clinton hospitals, her final downward turn in health started on the first anniversary of Bill’s passing on May 22.

Gwen was born on March 15 (the Ides of March), 1937, the second of 3 daughters of Winnifred and Rev. J. Stanley Glen, Presbyterian minister and later Principal of Knox College at University of Toronto. As the daughter of a minister she moved a lot in her childhood. The Glen family eventually moved to a beautiful property in Thornhill where their father built his daughters a cottage in the backyard, wired with electricity, that they could use. It also served as his  office. Gwen and her sister Cathy were athletic in their youth and played basketball and other sports. Gwen enrolled in the nursing program at Toronto Western Hospital and met her future husband Bill of Seaforth at a church youth group dinner one night when they helped with the clean up and he was washing dishes — a task that virtually disappeared for Bill in their marriage but impressed his future bride at the time. The couple was married on September 17, 1960 in a ceremony at a new Presbyterian Church in Thornhill officiated by Rev. Glen, Gwen’s father.

The couple moved to Ottawa while Bill was completing his Master’s Degree in Aeronautical Engineering and working for the National Research Council (NRC). They had their first two sons while living in Manotick, an Ottawa suburb (Jim, 1963 and Dave, 1965). After moving back to Seaforth so Bill could help manage the family poultry farm, Gwen gave birth to her third son, Bruce, in 1967. Gwen had a busy household to manage with 3 active boys and a husband consumed by his work and hobbies. For escapes from their young boys, Bill and Gwen travelled to Mexico, Barbados, Trinidad & Tobago, Rio de Janeiro, New Orleans, often attending poultry conventions on these trips. They travelled together later to Australia, Greece and other destinations.

When the boys were all in elementary school, Gwen started nursing again. She worked at the Seaforth Medical Clinic, the Seaforth Manor, Huron County Health Unit and other nursing homes and health care centres in her career. She also taught the nurses aide course when Conestoga College had a satellite campus in Vanastra. She was a caring mother who made frequent visits to the E.R. for her boys’ broken bones, stitches and other mishaps.

Gwen was a naturally caring person who had a contagious smile and laugh. She loved comedies and it was always great family fun watching the Carol Burnett Show and Mary Tyler Moore with Gwen. She was very supportive of her family and the community over the years. She volunteered with the Lions Club to help with the annual Elimination Draw and Dinner, and worked for Elections Canada as a volunteer several times.

Gwen was an avid reader, along with Bill. Reading was always encouraged in the household. She also liked to paint in her free time, a passion she learned from her mother. Gwen liked to garden when her grandchildren were young and they often helped her plant vegetables and flowers on the farm. She was a supporting and loving mother, a loving grandmother who liked to spoil her grandchildren and while her health allowed, she loved swimming in her pool, a love that started as a child camping with her family and later when she worked as a lifeguard at the Thornhill pool near their home as a teenager. It was a great point of pride for Gwen to mark the new millennium in 2000 by participating in a team triathlon at the Stratford YMCA. Gwen did the swimming, Dave did the cycling and Jim finished strongly with the running to earn second place in the family category. Gwen was 63 then. Around the same time, she also competed in the Ontario and Canada Senior Games in swimming and did well for her age. She was an avid sports fan and particularly loved cheering for her Jays and Raptors and knew the rosters better than her sons. She recently shared a story that her father took her and his sisters to a Leafs game at Maple Leaf Gardens when they were younger, one of Bruce’s favourite stories.

Gwen really loved her “card ladies” group in Seaforth who got together weekly throughout the recent years until the pandemic made those meetings impossible. That social interaction helped keep her spirits young and mind sharp. It was a great source of friendship and support that she greatly valued.

Gwen has joined Bill now a year after his passing. She is predeceased by her parents, brothers-in-law, George Collard and Ramsay Cook, and survived by her sisters Eleanor Cook of Toronto and Cathy Collard of Bracebridge, sister-in-law Mary Smith (Wayne) of London and brother-in-law John Scott of Seaforth.

Offer Condolence for the family of SCOTT: Gwen of Seaforth