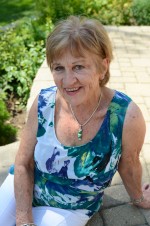 Friends may call at the Haskett Funeral Home, 370 William Street, Exeter (1 street west of Main), on Monday 2-4 and 7-9 PM, where the funeral service will be held on Tuesday, August 25th at 1:30 PM.  Cremation to follow.

Donations to the Make-A-Wish Foundation would be appreciated by the family.

REYMER: Annie Johanna (Hebing) of Woodham, and formerly of Wehl, The Netherlands

Offer Condolence for the family of REYMER: Annie Johanna (Hebing) of Woodham, and formerly of Wehl, The Netherlands