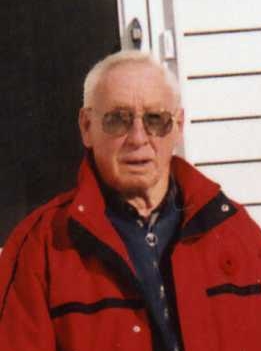 At South Huron Hospital, Exeter on Tuesday, December 23, 2008 R. Keith Brintnell of Exeter in his 79th year. Beloved husband of Margaret (Varley) Brintnell. Dear father of Brad Brintnell of Kelowna, B.C., Susan Campbell of Guelph and step-father of Brad Wright and Janet of Dashwood. Dear grandfather of Jamie Campbell and Julia, Lindsey and Greg Molson: Krista Brintnell, Adam Brintnell; Justin Wright, Daylene Wright and great-grandfather of Brandon Brintnell and Isabella Molson. Dear brother and brother-in-law of Murray and Verna Brintnell, Barbara and Alex Almasi of Goderich, Paul and Betty Brintnell of Olds, Alberta, Pauline Brintnell of Montreal, Marion and Bill Armstrong of Exeter and Raymond Varley of Huron Park. Also missed by several nieces and nephews. Predeceased by his brother Don Brintnell (February 2008). Friends may call at the Haskett Funeral Home, 370 William Street, 1 west of Main, Exeter on Friday afternoon 2-5 PM where the funeral service will be held on Saturday, December 27th at 11 AM with Bob Heywood officiating. Interment Crediton Cemetery. In lieu of flowers, donations to the Heart and Stroke Foundation or the South Huron Hospital would be appreciated by the family.

Offer Condolence for the family of R. Keith Brintnell