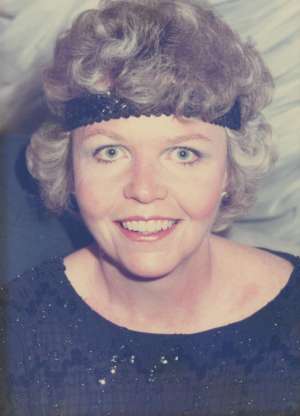 It is with great sadness we announce the passing of Caro Innes Norris at the Parkwood Institute Palliative Care Unit in London on April 20th 2021. Caro leaves her husband Thomas, her son Jonathan (Jake), daughter in law Kristen, her sister Penelope Swanson, and her beloved four grandchildren Taylor, Calvin, Spencer, and Bryce. She is also survived by her brother in laws Dr. Edward Norris (Joan) and Terry Norris (Sharon) and many nieces and nephews and their children in Canada and the United States. She was predeceased by her parents Grace Jones (1978), William Jones (2009), her brother Paul (1963), and her aunt Caro Jones (2009).

Special thanks to the nurses, doctors, and staff at the Palliative Care Unit at Parkwood for the wonderful and gracious care given to Caro during the last weeks of her life.

Caro was born in Windsor and attended Forrester High School. She graduated from Metropolitan General Hospital Windsor in June of 1967 with a Diploma from the School of Nursing. Caro completed a Cardiology Course for Nurses at Desert Hospital in Palm Springs California in August of 1970. Prior to the Cardiology course Caro worked as an Assistant Head Nurse at Windsor Western Hospital. Her career took her to Henry Ford Hospital Detroit and Bon Secours in Grosse Pointe Michigan just before meeting Tom. After they were married, they moved to Corunna south of Sarnia where she was employed as a Clinical Coordinator at Sarnia General. In June of 1977 they transferred to London she took a position in the Intensive Care Unit at University Hospital. Caro was hired as a Clinical Research Coordinator in the Arrhythmia Unit at London Health Sciences Centre University Campus working for Western University in March of 1985 until her retirement.

Caro was a competitive golfer throughout her life and a member of Widder Station in Thedford until her health restricted that activity. Her early hobbies were knitting and painting portraits. Every family member wanted one of Caro’s knit sweaters. She then went on to rug hooking and the crocheting of numerous afghans and shawls. The crocheting turned to the completion many cross stitch kits scenes of vacations, baby bibs, and baby footprints. However, her real passion for the last two decades was the painting of figurines. Santa’s of every size and description made lifelike by the finishing touches on their faces and eyes.

Sports were big in the Norris household and Caro was always at Jake’s baseball and hockey games. When the grandchildren began playing sports she was there as well. Whether it was sports or school she always had suggestions on what they could do to build on their performance.

On a more personal note, despite her health problems Caro was a person more concerned about her family, friends, and patients then herself. She loved travel whether it was her business trips, cruises, golf trips to South Carolina and Michigan or visits to California. She was a loving parent, grandparent, and a beautiful well-loved wife. Caro loved life and has left the world a better place for her having been in it.

You will be sorely missed Babe.

Cremation has taken place. A fitting tribute and celebration of Caro’s life will be held at a later date. Arrangements entrusted to Haskett Funeral Home, Lucan (519-227-4211). Donations to the Arthritis Society would be appreciated by the family.

The family thanks you for your kindness in this difficult moment in our lives.

Offer Condolence for the family of NORRIS: Caro Innes of Ilderton