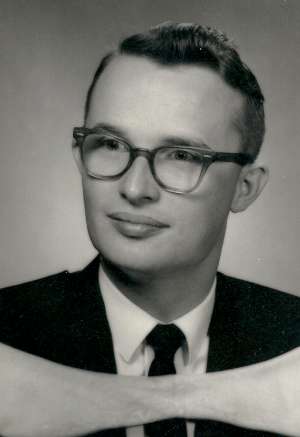 It is with deep sadness, we announce the peaceful passing at Extendicare Hamilton of our brother Charles on July 6, 2020. Charles was predeceased by his parents Laird and Dorothy Mickle of Hensall, brother Bill of Exeter and brother-in-law Ross MacMillan of Waterloo. He will be truly missed by sisters Betty MacMillan of Waterloo, Ann and Bud Collins of Waterloo, brother Bob and Lynne Mickle of Ayr, sister-in-law, Fran Mickle of Exeter and his many nieces and nephews.

As a young teenager, Charles became interested in stamp collecting, specializing in the British Empire. With the encouragement of fellow stamp collectors, he traded stamps with many pen pals in the East and West Indies, becoming increasingly interested in the geography and history of those regions. For his long-time affiliation with stamp collecting, he was awarded an Honorary Life membership in the Royal Philatelic Society of Canada. After graduating with a BA, majoring in history, from the University of Western Ontario, Charles became a teacher of politics at Westdale Secondary School and later at Sir John A Macdonald Secondary School in Hamilton. Early in his teaching career, he completed a Masters degree at Lehigh University in International Relations.

Although not an avid outdoors person, Charles did enjoy his family fishing retreats on Sandy Island with his brothers, brothers-in-law and nephews. As Charles always commented, it was comradery and freshly caught fish meals that made those trips special.

Charles travelled whenever possible completing a world tour to China shortly after beginning his teaching career. Travel to the West Indies, brought him to St Kitts and Nevis where he developed lasting friendships. With the advancement of crippling rheumatoid arthritis, it became increasingly impossible to make those trips without the assistance of long-time friend, Bruce Grainger. Many were the stories of functions attended with friends and Governors General who entertained him at Government House.

During the latter part of his life, Charles resided at Extendicare Hamilton where he found a new home in a friendly and caring environment. A special thanks to Nella, Tara, Ashley, Stephanie and all the staff who filled his days with joy and laughter and to Dr. Irene Tuttle and the nursing staff for their continuing care. Also, thanks goes out to all his friends especially Bill Brown whose weekly Extendicare visits Charles looked forward to and enjoyed.

Keeping with Charles’ wishes, cremation has taken place. Graveside services will be held at the Hensall Union Cemetery at a later date. Arrangements have been entrusted to Haskett Funeral Home, Exeter (519-235-1220).

As expressions of sympathy, donations to the Arthritis Society of Canada would be appreciated by the family.

Offer Condolence for the family of MICKLE: Charles Thomas of Hamilton