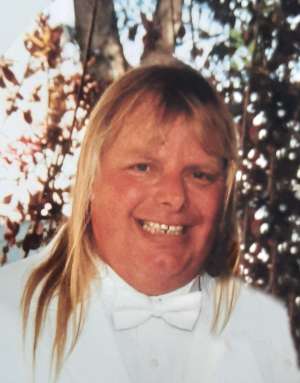 With his wife by his side at South Huron Hospital, Exeter on January 6, 2022 of GrandBend and formerly of Toronto at the age of 66. Devoted husband for over 21 years to Sherri. Beloved son of Pauline (Donahue) Mez. Proud father of Corey Mez, and Samantha Wheeler, and Jennifer Herman.  Dear grandfather of Tyler, Vaughn, Odin, and Knox. Dear brother of Bob.  Son -in-law of Harry Herman. Remembered by Darlene Herman (Brad) and Renee Herman. Frank will be missed by his four legged fur babies Beau, and Bloo.  Predeceased by his father Derek and twin brother John.

Frank had a strong moral compass and would help others whenever he could. In his retirement he enjoyed reading the newspaper, trips out on his motorbike and muscle cars shows. He will be missed by his many friends.

In keeping with Frank’s wishes cremation has taken place. Donations to Stratford Perth Humane Society would be appreciated.

Offer Condolence for the family of MEZ: Frank of Grand Bend and formerly of Toronto