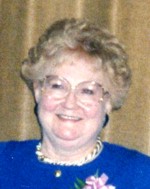 Peacefully, at home on Saturday, November 21, 2009, of Lucan, in her 79th year. Beloved wife of Jim Ryan of 57 years. Dear mother of Patrick and Joan Ryan, Colleen and Mike Williams both of London, Marianne Ryan of Vancouver and Dianne Ryan and Rob Hogg of Toronto. Dear grandmother of Sean, Adam and Robert; Kelly and Michelle; and Madison and Ainsley. Dear sister and sister in law of Jack and Marg Boland of Lucan; Ed Ryan, Jack Ryan, and Frank and Marie Ryan all of London; and Theresa Boland, Patricia Boland and Marg Boland all of London. Predeceased by her daughter Nancy Ryan (1980) and her son Paul Ryan; sister Marie Walsh (late Bill); brothers Joseph, Lawrence, Jerry and Leonard; sister in law Grace Fraser; and brother in law Bill Ryan.

Friends may call at the Haskett Funeral Home, 223 Main Street, Lucan on Monday, 2-4 and 7-9 PM. Funeral mass will be celebrated at St. Patrick’s Church, Lucan on Tuesday, November 24, 2009 at 11:00 AM with Father Vincent Van Zutphen presiding. Interment St. Patrick’s Cemetery.  Prayers will be said in the funeral home on Monday Evening at 6:30 PM.

Donations to the Heart and Stroke Foundation or Arthritis Society would be appreciated by the family.

Offer Condolence for the family of Margaret (Boland) Ryan