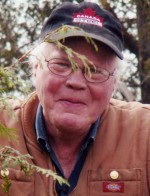 At South Huron Hospital, Exeter on Sunday, December 13, 2009 of Hensall in his 67th year. Beloved husband of Grace (Schuit) Cleve. Dear father of Thomas and Tomoko Cleve of Cambridge and Belinda Jane and Patricia. Also missed by 7 grandchildren and 1 great-grandchild. Dear brother and brother-in-law of Bill and Lucille Cleve of Mt. Brydges, Jack and Krista Cleve of Alberta, Marjorie Kamp of London, Chuck and Shirley Cleve of Strathroy; Alberta and Wim Buitendijk of The Netherlands, Henry and Wilma Schuit of Lynden, Gerald and Charlene Schuit of Dundas, John and Connie Schuit of Ayton, Jim and Mary Schuit of Harrow, Dirk Schuit of Hanover, Lester Schuit of Brucefield, Gary and Sherry Schuit of Lucknow, Elizabeth and Pete Vrugteveen of Beamsville and David and Erica Schuit of Hanover. Missed by several nieces and nephews. Jim worked for Hamilton’s Machine Shop for over 20 years.

Due to the overwhelming support  the family has received, they will now receive friends at the Haskett Funeral Home, 370 William Street, 1 street west of Main, Exeter on Thursday, December 17, 2009 afternoon from 2-4PM. Cremation will follow.

Donations to the Heart and Stroke Foundation would be appreciated by the family.

Offer Condolence for the family of James Thomas Cleve