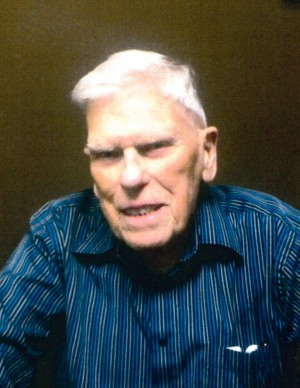 Dr. Douglas William Hawes was born in Montreal on March 26, 1919 and much of his youth was spent in Greenfield Park. He proudly served overseas in the Canadian Army during WWII, a lieutenant in the 2nd Survey Regiment. He returned to Canada where he met Louise Sharpe at the Dawson College campus of McGill University in St. Jean Quebec. They married in 1946. Doug graduated with his B.Eng. in 1950. While together they worked and raised their three children, he never ceased to study,  going on to complete his MSc (Polytechnique) and PhD (Concordia). His research in energy efficient construction materials contributed to pioneering study in this field. He was a kind and generous man who loved a good story. He died on August 8, 2017, age 98 years.

He was predeceased by his beloved wife Louise (2002) and eldest son Doug (2014) as well as brothers Fred (2008) and Bill (2016). Sadly missed by daughter Janet (Bob), son Barrie and daughter-in-law Barb. Loved and remembered by granddaughters Andrea (Mateo), Cari (Reza) and Kate (Xavier). His legacy continues with beautiful great-grandson Gabriel.

A private memorial service will be held at a later date.  Cremation with interment Mount Pleasant Cemetery, London.  Haskett Funeral Home, Exeter (519-235-1220) entrusted with arrangements.  Donations to the South Huron Hospital Foundation would be appreciated by the family.

Offer Condolence for the family of HAWES: Dr. Douglas William of Exeter and formerly of London