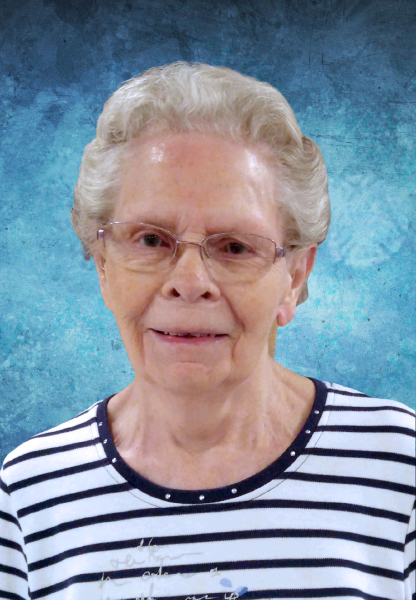 Passed away peacefully at Southampton Care Centre on Wednesday, October 19, 2022 of Southampton and formerly of Exeter and Ripley in her 91st year. Beloved wife of the late Ray R. Eaton (2015) and the late Lloyd E. Thornton (1976). Cherished mother and mother-in-law of David Thornton (and the late Shelley Hales) of Squamish, BC, Karen (Casey) James of Teeswater (formerly Sarnia), Jacqueline and Glenn Cassell of Regina, SK, and Nancy Thornton and Doug Kingston of Hanover. Proud grandmother of Courtney Barnes (Andrew Barnes), Andy Jaworski (Melissa), Rachel and Ryan Galloway, Kevin and Sarah Hales, Christina Clark, Cory Clark (Jill Swartz); Jimmie Cassell (Ashley Cassell); Justin Thornton (Kelly), Jessi Jones, and great-grandmother of 13. Fondly remembered by her many nieces, nephews, and great-nieces and great-nephews. Predeceased by parents Christena (Scheerer) and Hugh Chittick, brothers Charlie, Robert, and Jim, sisters Anne Buckingham, Irene Chittick, and two infant brothers, Nelson and Gordon Chittick. Donna was an avid reader and faithful member of her church. She enjoyed crocheting and over the years donated many baby blankets to many different local charities.

Special thank you to the staff and nursing care at Southampton Care Centre (March  2022 – October 2022), Rosewood Villa (October 2018 – March 2022), Season’s Strathroy  (August 2016 – October 2018) and the Exeter Villa (August 2014 – April 2016) for their care and compassion throughout the years.
In lieu of visitation and formal funeral,  a graveside service will be held on Monday, October 24 at 11 AM at the Wingham Cemetery, 90397 Holmes Line, Wingham. This service is open to family, friends, and the public who would like to attend. Arrangements entrusted to Haskett Funeral Home, EXETER (519-235-1220).

Donations to the Canadian Cancer Society or the Alzheimer Society of Canada would be appreciated by the family.

Offer Condolence for the family of EATON: Donna (nee Chittick) (Thornton) of Southampton and formerly of Exeter and Ripley