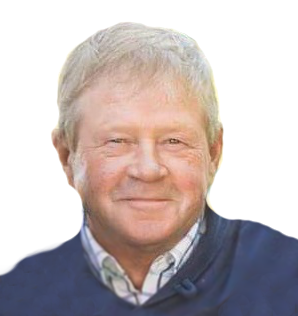 Honouring his wishes, Doug peacefully passed away at the farm surrounded by family on Wednesday, May 8, 2019 of RR 3 Exeter at the age of 65.  Loving husband of Debbie Case for 45 years.  Devoted father of Kerri-Lynn and Steve Schepers of Exeter, Jenn Case and Ryan Knee of Lucan, and Becky Case of Hensall.  Cherished grandfather of Ryan, Rhys; Dayne, and Pari.  Dear son of Phyllis (Kerslake) Case of Exeter and the late Donald Case (1987)  and son-in-law of Donelda Lewis of Exeter and the late Douglas Lewis (1997).  Dear brother and brother-in-law of Bob and Kim Case of Grand Bend, Pete and Wendy Case of Hensall, Allan and Patty Case of Exeter, the late Joanne Case (1974), Fred and Jackie Wells of Ailsa Craig, Dan and Mary Ann Lewis of Ailsa Craig, Barb and Peter Tracz of Stoney Creek, Vicki and Paul Meadows of Delhi, and Kevin and Rita Lewis of Ailsa Craig.  Fondly remembered by many nieces and nephews.

A Celebration of Doug’s life will be held at the Hensall Community Centre Arena, 157 Oxford Street West, Hensall on Saturday, May 11th from 1-4 PM with Words of Remembrance held at 3 PM. Please dress casually. Cremation has taken place. Haskett Funeral Home, Exeter (519-235-1220) entrusted with arrangements.

Donations to the London Health Sciences Foundation (LRCP Patient Assistance Program) would be appreciated by the family.

Offer Condolence for the family of CASE: Douglas Stirling of RR 3 Exeter