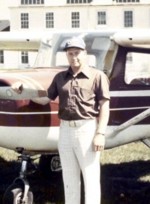 At South Huron Hospital, Exeter on Monday, April 17, 2006 Cameron Clarence Davis of RR #1 Lucan in his 65th year. Beloved husband of Sharlene (Davey) Davis. Dear son of Gladys Davis of Hensall and the late Clarence Davis (1992). Dear brother and brother-in-law of  Sharon and Wayne Love of RR 1 Varna and Delores of London and the late Frank Serle (1997). Also survived by several nieces and nephews. Friends may call at the C. Haskett and Son Funeral Home, 223 Main Street, Lucan on Wednesday 2-4 and 7-9 PM where the funeral service will be held on Thursday, April 20th at 1:30 PM with The Rev. Fr. Bill Ward officiating, Interment St. James Cemetery, Clandeboye. Donations to VON Middlesex-Elgin Branch or the charity of your choice would be appreciated by the family.

Offer Condolence for the family of Cameron Clarence Davis