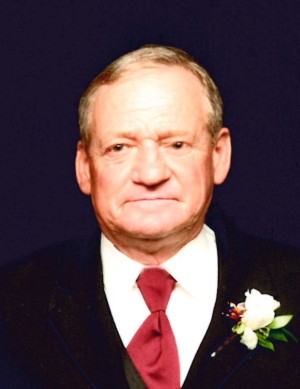 At Stratford General Hospital, on Monday, August 15, 2016, of Exeter in his 66th year.  Beloved husband of Kate (Campbell) Bierling for 40 years.  Dear father of Krista and Richard De Boer of London, and Joe Bierling of Toronto. Dearest Papa of Presley De Boer. Dear son of Gladys Bierling of Hensall.  Dear brother and brother-in-law of John Bierling of Exeter, Robert and Sue Bierling of Port Stanley; Helen and Jim Redmond of London, and Joan and Don Heywood of Exeter.  Predeceased by his father Andrew (1988), his in-laws Gerald (1980), and Isabella (Law) Campbell Smith (2005), sisters-in-law Charmaine Bierling (2010), and Debbie Bierling (2012), and brother-in-law D. L. “Doc” Campbell (2016).

A private family graveside service will be held at a later date.  Cremation with interment Exeter Cemetery.

Offer Condolence for the family of BIERLING: Dennis Paul “MADDOG” of Exeter